Whoah. It's Been How Long?

I haven't been writing here for so long, and it's a bit embarrassing already.

Anyone still reading this probably knows what I'm up to, though: I'm still doing comedy at Burger Company every Thursdays (alternating between standup and improv), and I've also been doing consultancy work for the past couple of months. It's been very good, and I've found myself really discovering that after years of shying away from it, I am not half bad at management work at all. But yeah, that's neither here nor there.

There's still the 8List, too. That's been pretty fun. And when I find the time to breathe, you just know the Cracked thing is looming in the wings.

In the meantime, I've discovered that I really, really like wearing Erick Rowan's sheep mask... 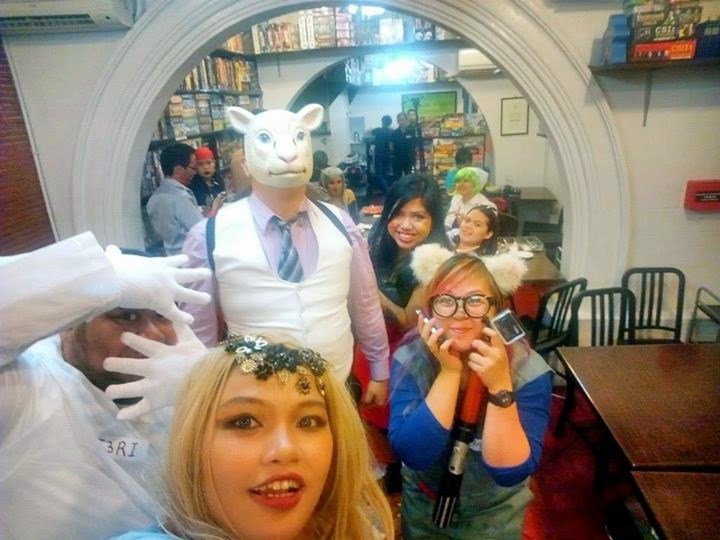 That creepy-looking sheep mask has been getting me so much mileage lately. I don't particularly think I'm gonna end up wearing it for my website when it finally goes up, but whatever. I really, really like it.

And, oh, that shot of Ludo: Boardgames Bar and Cafe there was taken during their second Murder Mystery night, where I came as a Space Captain. 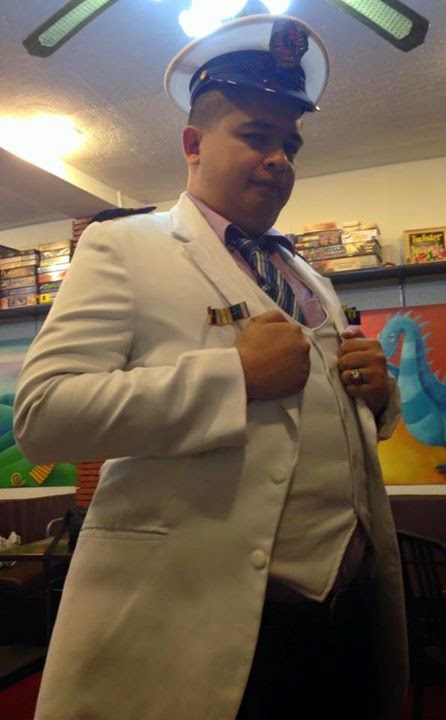 Of the Space Loveboat, I guess?

It was a great event, although for the second Murder Mystery in a row, the murderer managed to get away with the crime. I even did a bit of rules lawyering that night, just to see what would happen, and it's pretty funny how Jay Mata set the precedent that he was going to willfully ignore people who did that when it comes to awarding achievements. At least, we don't have to worry about people doing that to "win" in future installments of Murder Mystery, right?

But yeah, I've been talking about Ludo: Boardgames Bar and Cafe mainly because one of the biggest shows of Switch Improv is coming up there soon. It's something that is near and dear to my heart, having been a huge fan of "House Of Cards" for the past three seasons it's come on. After all, 2016 is coming. We have to choose wisely. 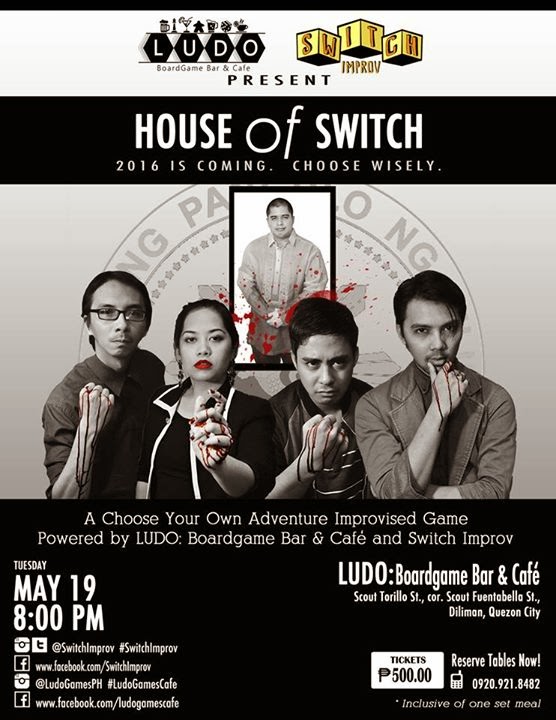 So yes, if this premise interests you, please, please, please, come on down this May 19 for one of the most ambitious shows Switch Improv has ever done. We're very, very proud of this.

Overall, as you can see, life has been pretty good. Just... don't ask me about my lovelife, if you know what's good for you.