Currently have this song on repeat as I fill my head with thoughts of her, as she leaves me on a jetplane for a long, long while.

The things I found out in the time she was here, the things I learned, sent me to a point of anger I never thought I'd reach. Some people just really don't know what they have and choose to squander someone's love, someone's devotion, like some cheap toy they could easily get from anywhere.

She deserved better than that. And she did nothing to ever deserve the kind of hurt and betrayal that came her way after me.

So to you who hurt her, to you who never knew how wonderful a woman she was, and how she meant the world to me, only for you to treat her like dirt, I hope you suffer dearly for that. I hope I never see even just your shadow because you will rue the day that happens.

All I ever wanted was her happiness. Even if it meant somebody else. But you? You ruined that for her. You almost shattered her wide-eyed innocence and her trust in the goodness of the world as you played her for a fool.

And you have the temerity to act like it was nothing, you son of a bitch? This was all a game to you?!? I've never seen anything more deplorable, and quite frankly, I am sickened to the bone by people like you.

I despise you. I despise you with every bone in my body. But for as long as I am here, I will turn all that hatred into good. I will be there for her. I will show her that there is such a thing as true, steadfast love. Because she deserves it. Which is far more than can be said of you, and far more than anything you could ever be capable of giving in your miserable excuse of a life.

You will be forgotten. But she will be loved.
Posted by Kel Fabie at 21.2.13 No comments: Links to this post

Email ThisBlogThis!Share to TwitterShare to FacebookShare to Pinterest
Labels: My Beloved

My opinion of the day hasn't changed much, if at all. A promise of someone "making up" apparently was a promise ill-made, and I ended up spending most of the day in the loving arms of a good steak from Tender Bob's. 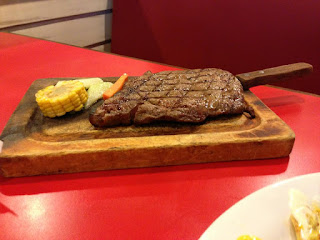 Served to me by a guy ALSO named Bob...

So I guess there's that, at least? Never been a fan of the occasion, and let's face it: the world would be a far, far better place without it, so nah, don't bother asking me how mine is turning out. Could be better, but could have also been worse, so I guess let me just relish the steak, maybe?

And here I thought I'd have you in my ear the whole day...

What A Heavy Week!

Because I have no shame, I went ahead and actually made some silly images this past week. The first one was in response to Kim Jong Un's mystery smartphone. After due research, I found out what the brand was! 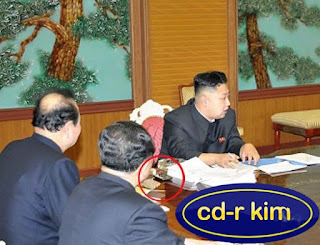 Not very proud of that joke, but whatever.

But more importantly, in another story, there has been some buzz about Victoria Court's #WhereNext? campaign, as a priest wanted the billboard in Pasay taken down, citing that the billboards could lead to immorality. Of course. Because a billboard that doesn't feature one half-naked model implying Victoria Court would create a direct link to people who don't know what Victoria Court is usually famous for, right? 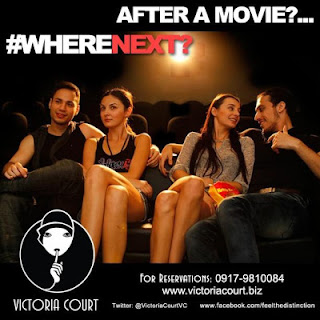 Would you prefer a Sogo "So Clean... So Good" billboard instead?

Well, whatever. I figured that to prove that these billboards don't necessarily have to lead to sex, I could create my own version. After all, how could anyone possibly think of anything dastardly with this one I cooked up? 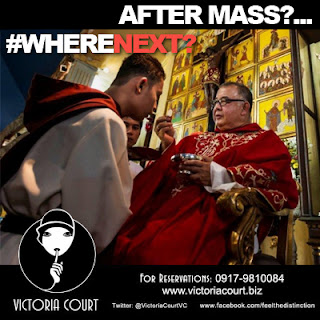 Pretty crazy week at work, but one of the best respites I had was when the fine people at Ford took a few of us for a ride to Binondo, where we ended up meeting the very famous Ivan Man-Dy, who took us on a walking food tour along good old Chinatown.

I feel weird knowing I'm the only one without a driver's license in this shot.

Now, this was far from my first dance at having a food tour in Binondo. Despite that, I wanted to see exactly how different my makeshift tour for friends was from a professional tour as done by Ivan, and the differences, while definitely clear, also highlighted how similar my tour was, in that we essentially hit mostly the same destinations.

It was great that I rode with Neil of 99.5 RT fame to Binondo, really. We had a lot of catching up to do, and he brought me up to speed why I would want a Ford for myself the moment I get a license.

New Po Heng. Dong Bei. The Carvajal street market. Ho-Land. Except for the fried siopao stop, this particular version of the food tour was, step by step, pretty much the same as the last one I ran for Chad and Gail. I wasn't complaining, though, because Ivan's wealth of knowledge not just about the food but even cultural quirks we would take for granted when we focus just on chowing down, really.

Having said that, there's absolutely no reason to miss the lumpia, the oyster cake, the fried chicken, the dumplings, the fried siopao, the hopia, and all the other amazing stuff you would find in Binondo if you ever end up in the area! My only complaint, though, is that White Rabbit is now really a contraband item, and you can't find it where we did last time in Carvajal.

And of course, aside from kiamoy, lest we forget, one of my favorite things about going to Binondo and Dong Bei in particular would be their ever-awesome Wong Lo Kat drink. It just really takes the heatiness away to a whole different level!

#WhereNext?
Posted by Kel Fabie at 8.2.13 No comments: Links to this post