Leave The Memories Behind?

So recently, my laptop's hard drive crashed, and with it, all the data I've backed up from my phones for the past few years. A bit unfortunate, but that's how it is, really.

As an emotional packrat, I've always hated the feeling of missing out on archiving important things I've done in the past. Off the top of my head, my backup contained my first and only time of headlining a standup comedy show, as well as that time I did my John Hendrix jokes right in front of John Hendrix. Those were definitely great moments, and I would have loved revisiting them from time to time if I had the chance.

Unfortunately, everything I could have done stupidly the day my hard drive crashed, I did. I worked beside a bunch of powerful magnets. I didn't ask for the busted hard drive after the repairman replaced it. I didn't press the issue when he told me he tossed the old hard drive in the garbage. Overall, it was a sequence of errors, and now, this is the spilled milk I'm supposed to cry on.

But then, in writing about it, I choose not to. I choose to remember it fondly, but to no longer dwell on it.

There's been a lot of things going on in my life lately that has forced me to do spring cleaning. And while some of it has been good, a lot of it has been bad. Nonetheless, emotional spring cleaning does the heart good, and should be a better thing for me to do than to, well, persist in trying to hold on to things I shouldn't be holding onto any longer.

A few weeks ago, some people who have been pretending to get along with me for years finally reared their real selves and demonstrated quite clearly that they never want me to be one of them. That's fine, really. I just wish they didn't waste years of their time pretending to like me when they apparently never did.

Ultimately, I just try to live my life in a way where I don't step on anybody. If people dislike me even after that, I can't really help it anymore, whether they're just being haters or they think they have valid reasons in their head for doing what they do.

These are just some more memories to leave behind, really.

In the end, if after all of that, I am still despised, that is no longer my fault.

I know I could say so much more. I know I could even launch an offensive. But why would I have to? They made their choice. I am making mine. And my choice is to be above the needless drama that some people create just to remind themselves that they're still alive sometimes.

It's simple, really: if I give nothing but respect, I find it difficult to accept being disrespected in return. There's nothing onion-skinned or hypocritical about that, is there?

I never thought long-distance relationships could be hard, but I guess that's only when you consider one half of the equation.

Nonetheless, it's worth it. I hate talking about my relationship because there's this feeling that it's all so ostentatious, but I haven't felt this happy in a long time, and it's hard keeping a lid on it.

Thank you, love. As insignificant as this blog post might be, I'm just glad things are really working out well for the both of us.
Posted by Kel Fabie at 31.3.16 No comments: Links to this post

She's Leaving On A Jetplane...

A while ago, Hun went through the sacrament of Confirmation, and she was asked at least thrice by different people if she was doing it to get married. I didn't even know that was a thing.

In the past years, I've really avoided writing about my lovelife. I guess it's because I've been avoiding giving myself a chance to be mushy here in my blog, as I seem to be asking for it in the event things don't work out and I end up backtracking over my posts some time later.

But you know what? I don't care anymore, because it's my blog, and they're still my memories, for better or worse. 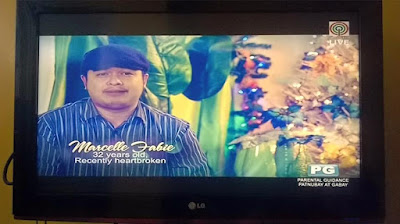 Who knew that courting friends and family was this challenging? Oh, wait. I always knew that. That's why I shirked from it back then. This time, I didn't. As socially awkward as I am, I realized that if I wanted to make a difference, I had to do some things differently. So I did.

I can't speak with absolute certitude about the future, but what I know is that I incrementally bettered myself as a human being each step of the way to get here. Is this it for me? Is this the one? Only time can tell. What I know though is that I believe this could very well be it, and I should treat it accordingly.

I guess that's why even if she's half a world away as we speak, I'm still happy. I know she and I may be apart physically, but our hearts remain beside each other. It also really helps that traveling and communicating despite the distance has never been easier than it is at present.

And to think that it all started from her watching Switch Improv in Burger Company by pure chance. You never can tell when things would fall into place. You really can't.

When I went with her family to bring her to the airport, I was exhausted. But fulfilled. I didn't sleep at all, but I wanted to see her off. And though I'm not entirely sure when I will see her again, one thing is for certain: all of these changes, all of this hurly-burly and insanity, it's all been worth it, and I can't thank her enough for coming into my life.

Thank you, Hun. You're really a keeper. 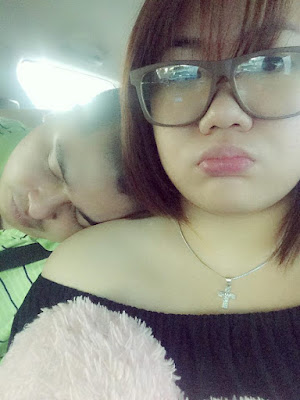 ... and the woman of my dreams, apparently.

Posted by Kel Fabie at 9.3.16 No comments: Links to this post

Three Stars And A Sun!

.:Three Stars and a Sun: How To Sing #NeverForget For Two Hours:.

Allow me to make this very short and sweet... if you haven't yet, you should be watching Three Stars and a Sun in PETA Theater. There really is no other way to say it. 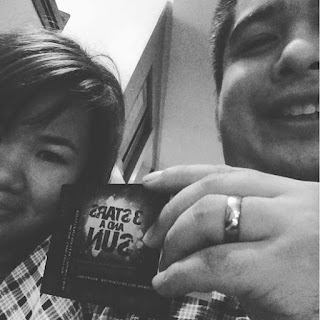 Greetings from the Mirror Universe!

I'm not going to bore you with a review here, but needless to say, 3 Stars and a Sun reminded me exactly why the PETA of old was considered a political activist during the Marcos era. While "Rak of Aegis" was entertaining and definitely a great musical, 3 Stars was all that, and downright subversive, as it attempts to challenge the notion of power and the perpetuation of a cycle of power-grabbing that leaves the empowered paranoid and the disempowered disgruntled.

It's not just a musical: it's a harsh lesson on history, and how forgetting history dooms us to repeat it.

It's not just a musical: it's a soulful tribute to patriotism, and it took the form of Francis Magalona's music, which has always been patriotic at its very core.

It's not just a musical: it's a cynical yet hopeful lens put upon the dynamics of power and Philippine society, and a reminder to us that Filipino Pride comes from within, and not from how many Mexicans Pacquiao has dispatched in the ring, or how many times Lea Salonga stars in Broadway or Hollywood.

I profess to have my misgivings over "Filipino Pride," but this play stirred it within me, because it showed me what I am personally capable of : the ability to make things better. The ability to put to use the freedom granted unto me.

For anyone who wishes to blame the spectre of EDSA for whatever perceived ills we go through today, the message is clear: why blame a stretch of asphalt when we had 30 years to make good on our freedom in the first place? Freedom never promised us anything beyond freedom, after all.

While watching the musical, I was absolutely enthralled by the story, even when stripped of its allegorical value: who knew that a sci-fi musical could be done, and done well? To posit a third world war, one that was a nuclear disaster, and to posit life in a nuclear shelter that houses only a select few that ended up dividing into two classes, and to infuse all that with the timeless and always-relevant music of Francis Magalona, is to put together a masterpiece that mixes history with recent pop culture and presents a package that can easily be enjoyed on so many levels.

Admittedly, while watching it, I felt a mild pang of regret because I wanted to audition for the musical, but who cares? Whether or not I was there (and I probably wouldn't have made the cut anyways), getting to watch the finished product was what mattered, because it can truly stir you in ways you don't quite expect.

When people say, "wow, that's deep," there's an air of pretentiousness that normally comes with uttering those words. 3 Stars and a Sun doesn't attempt to be pretentious or even unsubtle about its metaphors and allusions, yet still achieves a depth few contemporary pieces of art can match without compensating for their paltriness with pretentiousness.

The message is deep, because it is deep within us: the Filipino is only as powerful as we collectively act as Filipinos, and for as long as we divide ourselves among different lines in the sand, we will remain easy pickings for the vultures who have so much yet leave so little for us. It isn't a revolutionary cry of taking the Triangle and turning it upside down, but of taking the Triangle, and creating unity from within.

And while China steps upon our territory, and while threats from within and without threaten the very fabric of Philippine society, we learn to fight the many battles on many different fronts, as our heroes no doubt did. We learn to look at them and never forget, not just the good they have done, but the mistakes and weaknesses they fell prey to, lest we repeat the very same.

To never forget is not to be mired in nostalgia or historical cynicism, but to be more cognizant of how we go to where we are today. To never forget is to appreciate the Filipino spirit, with all its idiosyncracies and failings, not blindly, but lovingly. To look at what is wrong with us and correct it, instead of rebuking ourselves ceaselessly.

Otherwise, we would be too busy fighting from within to know that from without, we are hopelessly surrounded. But both battles are no less important to fight. 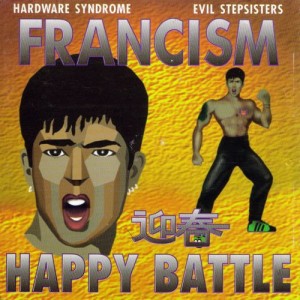 A happy battle, no less.

3 Stars and a Sun, ladies and gentlemen. Watch it. Enjoy it. And if on some level, it stirs that patriotic spirit in you, find it in yourself to put it to good use. Dahil nasa palad mo ang kapalaran. 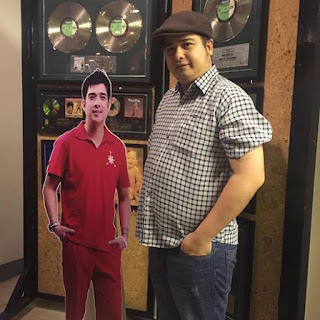 Posted by Kel Fabie at 4.3.16 No comments: Links to this post