Via Negativa, Or Why I'm Abstaining

.:Via Negativa, Or Why I'm Abstaining:.

I was supposed to write about something else, but on the eve of the elections, this seemed very important to talk about.

I am abstaining for president this coming elections. This was not a simple conclusion I came to. In fact, throughout the campaign period, I was trying to find a candidate who can sway me otherwise.

Unfortunately, none of them have managed to do that.

I have a Vice President (Leni Robredo), and I have two senators I will fight for (Susan Ople, TG Guingona). Anyone else, I am ambivalent about at best.

But I'm sure, given how many people have decided that they respect anyone's opinion unless it's "I abstain for president," that a lot of people are wondering how I arrived at that conclusion, and why I'm sticking by it after a couple of months that I could have changed my mind.

If we wanted to find the perfect candidate from a pool of candidates, how do we find them? Well, one can do it by looking at their merits, and then adding up the one with most merits, but that doesn't really settle the question of perfection, right? To find perfection, you had to find someone who lacked imperfection. It is the concept of via negativa: a process of elimination in order to find the best. After all, if something has an imperfection, how can it be perfect at all? Only through a process of elimination can we find what we are willing to put up with.

Obviously, we cannot expect perfection from our candidates. That is why we instead need to look at our own personal deal breakers, and see what is the worst that we can accept. From there, and only from there, can we proceed to look at the merits, if any. I recognize other people may do it backwards, but for me, I have to start with what I cannot accept, before I go with things I actually like about the candidates.

For example, I cannot accept a candidate who would cite scripture as an excuse for persecuting homosexuals, especially when they would say that they should be put to death. I do not care if they brought us international pride by winning boxing championships or if they pushed for the abolition of the pork barrel. 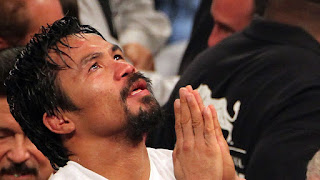 On the other hand, while I don't like political dynasties, I am willing to give a guy who believes they're okay a pass so long as they're Dick f'n Gordon. Officially, there's a lot more nuance to that, but you get my point. 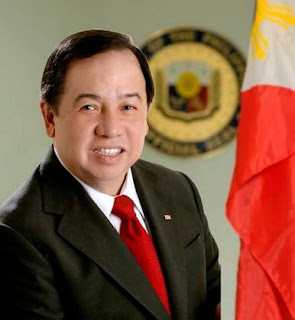 Or his *point,* for that matter, if you know what I mean? #IpasokSiDick

And that leads us to our five presidentiables. 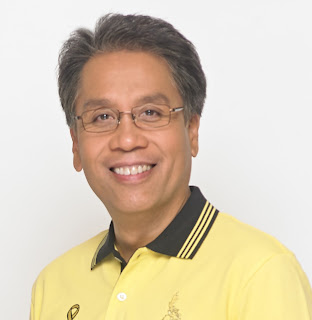 
I could not overlook Mar's apathy and his inability to relate to people. If a president does not know where I am coming from, how can I be sure that he will understand me when I want to be heard? The past six years has been a painful exercise of tolerating the Aquino administration in its own echo chamber where they can do no wrong. Despite the good they have done, I cannot, in good conscience, allow that to have "continuity." There is insensitivity here, and it does us no good to just call the people who feel shortchanged or are suffering as merely "haters," when we should at least listen to their plight first.

I also cannot tolerate cronyism, especially the kind that gives people like Abaya or Purisima the ability to keep carrying on as if they have done nothing wrong, or at least haven't been particularly competent at their jobs. 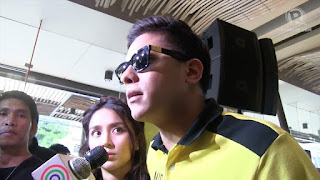 He's not helping, either. The only thing transparent about him is his barong.


Binay's allegations of corruption are so glaring and so difficult to ignore, and his attitude of impunity towards it is what I find unconscionable. This is a man who will ignore any criticism far worse than the Aquino administration ever did, and that is alarming. I don't think I need to explain my stand on him much, do I?

Jejomar Binay will not be beholden to you once he wins. Let's leave it at that. 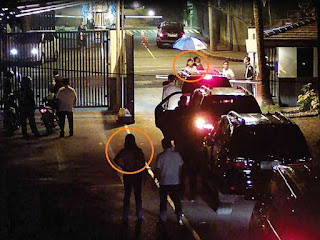 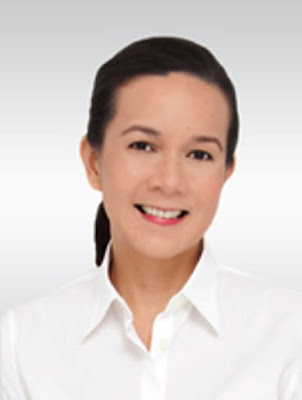 
There are only three oh-so-basic requirements for president: you are of age (40), you are literate, and you are a Filipino.

I don't care about Grace Poe being adopted. I care that at some point in her life, she actively renounced being Filipino. You might think this is shallow, but this is not, because how much lower can the requirements for president be, in the first place We don't ask them to have completed any form of education, we don't ask about their health and well-being, or their financial status. These three are as basic as they get, yet Grace Poe can hardly meet them, and purely in principle, could never meet them.

That she is also likely to just continue being Danding Cojuangco's puppet is something I simply cannot stand by, either. 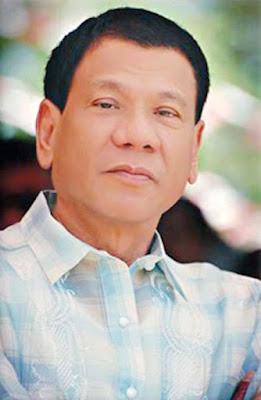 I can almost imagine how something as innocuous as this
photo would make diehards scream, "Bayaran! Bias ka!"


I don't care about his cussing, much less if it were directed to the Pope. I'm a bit worried, but I can even understand why he is sympathetic towards the NPA, so even that, I can sort of handwave. I do care about what he says, though, because it encourages some of his followers to demean women, gay people, and people with disabilities. I cannot just handwave that away. You can say that he has done so much in terms of laws to protect these people, but is that enough of an excuse to actively break that protection when it's him doing the talking?

But even that is debatable. We all have some nasty opinions that we might shake off when the going gets tough, but the fact remains that he has actively promised a lot of killing in the effort of cleaning up this country. I am not a criminal. I am not a pusher. But in Duterte's promised land, nothing prevents a cop to one day think I looked at them wrong and insist I am a criminal or a pusher, giving him more than enough reason shoot me dead on the spot.

Or were we all going to magically assume that there are no crooked cops in this country at all?

The fact is, I value our civil liberties and our rights too much to want to give them up on the altar of peace and order. 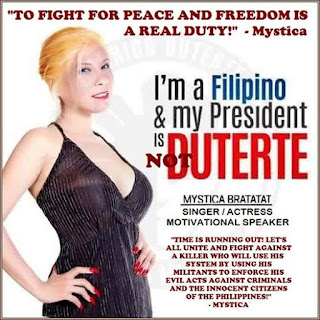 The altar of Mystica, on the other hand... 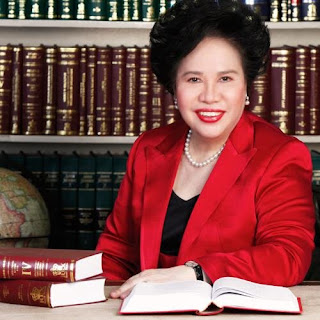 Was she in the same library as Binay was?


Oh, what could have been! I didn't care about the cancer. And then she backed Bongbong Marcos. That, my friends, was a betrayal of principle that I couldn't stand. Oh, sure, she backed Erap. And then Gloria. But the Marcoses? I can't even. 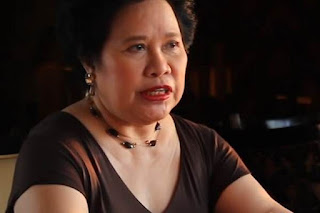 If the word "sayang" ever made its way to the dictionary, this picture would accompany it.

And with all that in mind, none of the candidates could ever hope to convince me to vote for them, because they hit dealbreakers I wasn't willing to compromise. I am but one vote, but on May 16, that #abstain (technically, a #Seneres2016 vote) will be heard because if I want change, it starts by not lowering my standards. Because ultimately, change comes from within, and all our leaders can do is to facilitate that change.

To everyone else who feels compelled to abstain, I remind you that there is no shame in doing so. Some people might say that we are abstaining because we do not have any principles to stand upon. I am saying right now that the opposite is true: I  am abstaining precisely because the principles I stand upon are more important to me than a single candidate.

There is nothing wrong with you having different principles from me. I fully accept that to some, Duterte's willingness to "do what is necessary" is a good thing, and not a bad thing. Or that Mar's being out of touch cannot overshadow the great stuff he has done. Or that Poe's citizenship is a non-issue compared to what she brings to the table. Or Miriam's intellect and need for funds for a national campaign outweighs her unholy alliance with BBM. Or that everyone is corrupt anyways, but Binay showed he can do well, thanks to (wait for it...) Makati.

Unfortunately, there would be all sorts of things wrong if I am willing to give up my principles just so I have something to shade this Monday. I refuse to, and that is my right. Abstaining is a choice, and it is not the same as not having voted at all.The sooner people can respect that, the sooner we could stop thinking that every person who is abstaining is simply undecided. You are wrong. I am decidedly not undecided. In fact, I am very sure that we, the Filipino people, deserved better. And just because we aren't getting that this 2016 doesn't mean I will cede my right to say so just so I can vote for a sub-par candidate in my mind and heart.

If one is unwilling to settle just to find their one true love, why would we settle just to find the next person to lead this country for the coming six years? I believe we deserved better, and I make no pretenses that such a position is loftier or more enlightened than anyone who has decided we have a worthy candidate among the five. It is simply one that I have arrived at after lengthy, careful consideration, as most of you reading this right now surely have with your own positions.

We have been thrust by the people running for power into a climate of fear: fear of continuing the ills that this government has demonstrated in the past six years. Fears of the change to come that it might undo the democracy we have fought so hard to win back in 1986. Fears of a seemingly ever-rising crime rate that belies real numbers and magnifies only the worst among us. Fears of an economy crashing down with the prospect of uncertain territories with a president the international community is derisive of. Fears of cheating. Of thievery. Of lies. Of death. 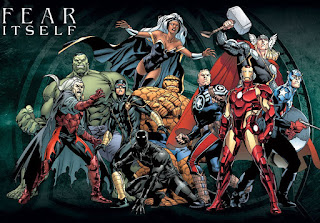 "There is nothing to fear but fear itself." - Marvel Comics


Nation, the real enemy has always been fear. Because in giving in to the fears manufactured by the political machinery, we have ended up fearing our neighbors, thinking them to be monsters or morons. They are not. They are our countrymen. And our countrymen should never have been our enemy in the first place.

Tomorrow, vote as your mind, heart, and conscience tells you. Not the surveys. Not the pressure. And by Great Caesar's Ghost, not the fear. Fear is the enemy. Not ourselves.

And that is why, in the face of all manner of opposition, I choose to abstain from voting for a president in 2016. Because I have more faith in the Filipino people than I do in these five individuals.

I am most certain that my faith was not misplaced.