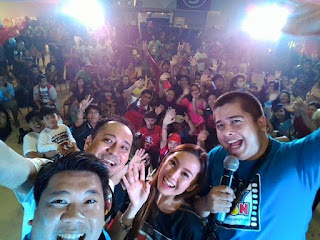 Well, I missed you.

I haven't blogged in months, and it's easy to understand why, what with all the places I'm writing for professionally. Recently saw my work not just in the 8List, but even in UNO, my consultancy, and a few other places I didn't expect to end up writing for. It's been a whirlwind. A whirlwind that went undocumented like a huge gap in my life or something, but a whirlwind I really have to be thankful for, regardless.

Toycon 2015 is pretty much the perfect point for me to (try) jumping back on the blogging wagon, because it was definitely a great experience hosting Toycon after being out of circulation in the cons circles for a while. And what a way to come right back! First off, I was paired with a debuting host in Rence David, who is a natural onstage!

Something about this year's Toycon was just so positive, so smooth-sailing, that it really felt so easy to just jump onstage and do our thing this year. The audience was unbelievably hot even after Alodia and the cosplay competitions were already long done, which is something I don't think I've ever experienced before.

On top of that, the segments really did bring the goods to the crowd! You had something as simple as the Minions showing up onstage causing an immediate feeding frenzy... 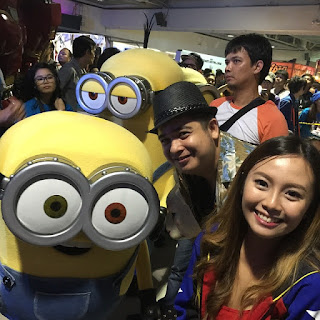 You also had the dance number by Doraemon, and the rambunctious Damulag... 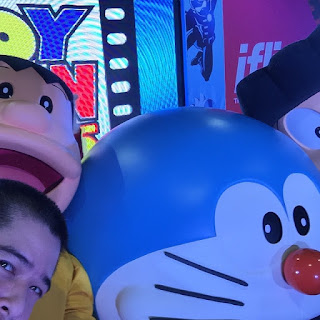 The mascots were pretty huge.


Then you had, of course, the cosplay competition(s), and even I got in on the fun, for once... 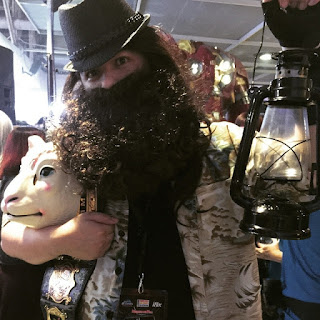 Considering that this was Toycon's swan song in Megatrade Hall, it was pretty clear sir Cholo, sir Vic, Az, and the rest really pulled out all the stops to make it a very memorable event. It was pretty fun when Alodia even went and challenged the audience to beat her in Mortal Kombat X at her booth. I would've taken her up on the challenge, but alack and alas, hosting duties were in the way.

And, oh, a couple of fun facts:

1. Ashley's "Thinking Out Loud" cover was played a total of 12 times on Saturday and Sunday. This was still significantly less than the amount of times you would hear the Ed Sheeran original on the air during its peak.

2. "Watch Me Nae Nae" was used onstage for skits and performances a total of 7 times in two days. I learned to hate the song about the second time in, although the metal version almost makes up for it. Too bad nobody used that.

It was a great time reconnecting with old friend and even making a few new ones. It's also fun to note that #TitoJokes were all the rage over the weekend, and pretty much anything we did during Saturday and Sunday went over well with the crowd. Heck, I even went back to basics and did some magic for that evening.

But my personal highlight that didn't involve cosplay at all? It must have been when the boys from Philippine Wrestling Revolution showed up. 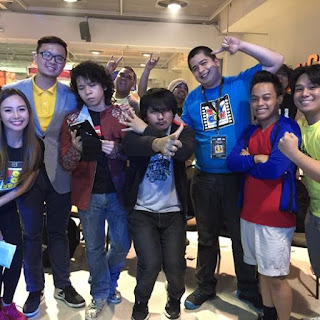 Ken Warren has better things to do than pose for the camera.


So yeah, it was definitely a great ToyCon, and something I'm very proud of, as far as hosting gigs go. I'm really grateful for the opportunity, and catching up with old friends like Kristell (who gave me an awesome Superman Hoodie!) and Lizette really only made things even better.

It feels like I'm in a state of flux, what with my consultancy wrapping up, and having people question me after years upon years of consistent behavior. I would laugh if it weren't so pathetic.

There's so much going on behind the scenes in my life lately. It's hard to sit down and write about it all, if only for the fact that over the years, I've learned to keep more to myself, but I've also decided not to really care about my Livejournal nearly as much while doing it. There's a whole host of things to look forward to, and the future is bright. Ultimately, if people are going to burden me while I reach for the stars, then I would only find it easier for me to just unburden myself of the people and things holding me back.

For now, I'll leave it at that. It's a wonder I even got to blog at all this month, so that's something to be grateful for, at least.