Nothing But The Best Wishes For Nonong And Ryan Rems!

Today is the Finals day for Showtime's "Funny One," and two of my friends and brothers in standup, Nonong and Ryan Rems, are in the finals! 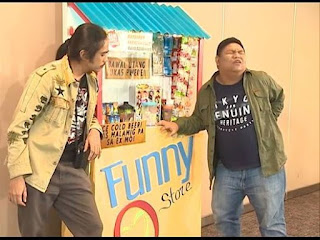 Skelan is probably a sponsor or something.

All I can say is "thank you" to these two guys. Because you couldn't ask for nicer, more down-to-earth, and hardworking representatives for POV standup comedy than these two guys. Here's hoping that the laughs they have earned from the millions (and millions) of people watching them on television will not go unappreciated today.

We can talk about revolutions for standup comedy tomorrow. We can talk about the ramifications and the possibility of this kind of comedy invading the mainstream after over a decade of being branded as little more than "niche" some other time. Today, I would rather simply express my gratitude and support to two of my friends. It's *their* time to shine. Everything else merely follows.
Posted by Kel Fabie at 8.8.15