2Hot 4 8List: 8 High-Profile Incidences of Pinoy Plagiarism (Aside From Mark Solis and Rappler)

(2Hot To 8List are lists that for various, often obvious reasons, need to be published on a personal capacity, rather than as something that de facto represents the website I love to write for. I hope you enjoy it, because whether or not they ended up on the site, I still worked pretty hard on them, minus the epic graphic design you've come to know and love from the 8List.)

Not that it makes his contributions to the civil rights movement any less, but Martin Luther King actually committed plagiarism back in the day. It doesn’t make plagiarism any less right, nor should it make Mark Solis feel that he is in good enough company to have the nerve to expect to keep the $1000 prize money he got for ripping off somebody else’s photo. Solis’s attempt at justifying what he did is pretty much the same justification snatchers and hold-uppers have for robbing other people blind.

Of course, everybody’s got to eat and survive. But not everybody has to resort to thievery. Also, what’s Rappler’s excuse? 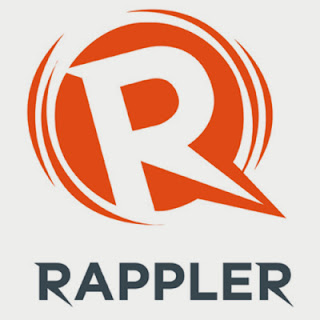 via rappler.com
Robin? Are you writing for a website now? Oh, right.

I have always been touchy over the subject of plagiarism. Ask me in person next time, and maybe I’ll tell you why. Here are 8 recent cases of plagiarism that did raise a few eyebrows, and proves that indeed, plagiarism is a crime that anyone, from any walk of life, is capable of doing.

8. Karlo Espiritu Writes for the Filipino Freethinkers About Objectivism, Gets Objectively Blasted

via Filipino Freethinkers
They never claimed to be saints, though.

The Ripoff: One of the earliest celebrated articles on the Filipino Freethinkers website way back was “What’s So Wrong With Objectivism?” supposedly written by Karlo Espiritu. Unfortunately for Mr. Espiritu, a vicious detractor then proceeded to expose this article as a sham. I won’t pretend to understand or care about the intricacies of Randian philosophy, but this was a pretty big controversy for the Freethinkers at the time.

The Defense: Karlo Espiritu played the worst possible card in his defense – the “there are more important things to worry about than this” card. You will see a lot of this from others who have tried to make it seem like intellectual dishonesty is no big deal at all.

The Aftermath: Over time, the editorial process in the Filipino Freethinkers website became more stringent, and great care is taken in making sure sources are cited properly. Mr. Espiritu, on the other hand, has never written for the site again.

7. A Supreme Court Associate Justice Plagiarizes, Then Threatens Anyone Calling Him Out Over It With Contempt 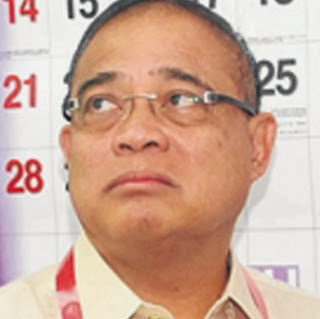 via Inquirer.net
Awww. Who's oppressing you now, Mr. Justice?

The Ripoff: Anyone will tell you that “intent” is not necessarily a determining factor whether someone is innocent or guilty of plagiarism. Accidental plagiarism, if we were to be most charitable, still needs to at least be corrected. After all, how can ignorance be an excuse in the eyes of the law? Anyone can tell you it isn’t, but not this Associate Justice of the Philippine Supreme Court, no siree. In Associate Justice Mariano Del Castillo’s eyes, the decision he rendered over a case involving comfort women is perfectly kosher, no matter how many passages he may have lifted from A Fiduciary of Theory of Jus Cogens by Evan Criddle and Evan Fox-Descent, Breaking the Silence on Rape as an International Crime by Mark Ellis, or Enforcing Erga Omnes Obligations in International Law by Christian Tams.

The Defense: Well, damn. Aside from blaming his word processor for not informing him that he was plagiarizing (Damn you, Clippy!), Associate Justice Del Castillo threatened anyone who called him out on the controversy with contempt. You show ‘em who lays down the law, sir!

The Aftermath: We now have legal precedent to show that people who “did not intend to plagiarize” could very well get away with it scot-free if they managed to prove it. That’s right: we can now make that amazing novel about a wizard boy who grows up in a wizarding school and name him Harold Potbringer, and just say we never “intended” to plagiarize J.K. Rowling. Money!

6. Cueshe Rips Off Silverchair, But Still Manages To Suck


The Ripoff: In “their” “hit” single “Stay,” the “band” known as Cueshe decided to “pay” an “homage” to both Silverchair’s “The Greatest View” and Simple Plan’s “Perfect”, but still somehow create horrible “music” while they’re at it. Read the Pinoy Exchange thread to see for yourself.

The Defense: Despite the fact that people can totally hear something once and have it affect them subconsciously, Cueshe claimed they were “unfamiliar” with the music of Silverchair and thus could not have possibly copied “The Greatest View,” in their very brief defense of their music.

On the other hand, I wish I could also claim I were unfamiliar with the “music” of Cueshe, myself. Blech.

Don't worry about ripping off Poland. Nobody would ever know.

The Ripoff: In what was probably the most ill-advised tourism slogan ever since “Come to Abbottabad! Bin Laden’s chalk outline is still here,” the DOT decided to run a campaign called “Pilipinas Kay Ganda,” which had a logo that looked veeeery suspiciously like Poland’s own tourism effort.

The Aftermath:  The campaign just quickly died a natural death. And then, “It’s More Fun In The Philipines” came along, and aside from an allegation that it was ripped off from an old Switzerland tourism campaign (That was quickly discarded when Switzerland itself approved of the campaign.), this one became a runaway success

4. Orange And Lemons Sings About How Great It Is To Be A Pinoy – By Stealing The Melody Of An English Band

So ironic, it's like rain on your wedding day!

The Ripoff: “Pinoy Ako” was probably the biggest OPM song the year it came out, as it supported the phenomenal first season of Pinoy Big Brother on TV. Except there was very little “Original” or “Pinoy” about this music, as it turns out. In 1985, English band The Care released a song called “Chandeliers,” and, well, just listen to it mashed up seamlessly with the O&L hit.

The Defense: “It’s unfair!” Apparently, if they cry hard enough about it, they could pretend they were innocent, as they then proceeded to explain how they knew exactly what they were doing when they ripped off Chandeliers just enough for it to still not be considered outright plagiarism.

The Aftermath: In 2006, Orange And Lemons insisted that the controversy made their group more popular than ever, and that it was a positive for them. A year later, they disbanded. Huh.

I don't understand a word, but I'm still mesmerized.

The Ripoff: I think it’s safe to say that Ogie Alcasid is one of the best songwriters of our generation, and “Pangako,” the hit song he co-wrote with Manilyn Reynes and interpreted by Ogie’s now-wife Regine Velasquez, was one of the best songs he ever wrote. Apparently, the people behind Korean artist Jang Hye Jin thought so, too.

The Defense: After initially feeling flattered, Ogie then felt robbed by what happened. Thankfully, Ogie’s recording company pursued their talent’s rights, and upon being caught, the Korean recording company didn’t seem to put up any fight over it and simply offered to retroactively buy the rights to “Pangako.”

2. MVP Makes Great Graduation Speech About Being a Self-Made Man, But The Speech Wasn’t Exactly Self-Made 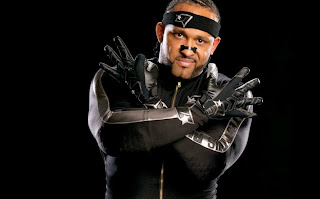 via WWE Wikia
This is why we have graphic designers in the 8List.

The Ripoff: MVP, in 2010, was the guest speaker for the Ateneo’s commencement exercise. After a rousing speech, it turns out many elements of his speech were lifted from Barack Obama, J.K. Rowling, Conan O’Brien, and even Oprah Winfrey. This resulted in immediate backlash.

The Defense: Would you believe it? MVP owned up to the mistake by assuming command responsibility, even if it was obvious a speechwriter made the speech for him. Ateneo tried to keep him around, though, because Fivepeat. 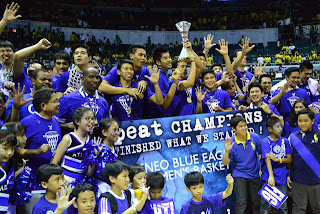 via Interaksyon
What's a little plagiarism between basketball buddies?

The Aftermath: In an effort to make it clear that the university is totally not willing to look the other way for people who donated a building or two to the school, they took it out on several students by charging them with plagiarism. But not MVP, no siree. After several more issues, though, MVP has completely distanced himself from the Ateneo.

1. Senator Tito Sotto Argues Against the RH Bill By Citing a Blogger’s Sources, But Completely Bypasses the Blogger Who Compiled Said Resources 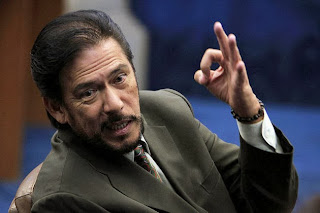 The Ripoff: In an impassioned privilege speech against the RH Bill where he magically acquired a brand of birth control pills before they existed, few people were surprised when it turns out that a significant chunk of his speech came from an article by blogger Sarah Pope.

The Defense: Where do we begin? Sotto insisted that he quoted Sarah’s sources, and not Sarah herself, while completely missing the part where his transcripts have exactly the same typographical errors as Sarah’s entries, and the part where his own staff admitted they didn’t go through the actual texts Pope was referring to. Unlike MVP, Tito Sotto waffled back and forth with assuming command responsibility over his speechwriters’ errors, and capped his self-pity driven “I’m the victim here” defense with a passive-aggressive shot at Sarah Pope and most of the people calling him out: “Ba’t ko naman iko-quote yung blogger? Blogger lang yun.”

The irony? One of the first people to point out his plagiarism would be the Filipino Freethinkers, who clearly learned the value of intellectual honesty after #8 happened.

The Aftermath:  The funny thing is, in an attempt to defend himself from all these allegations, the embattled Senator made another privilege speech to explain himself, where he plagiarized Robert Kennedy. Then we found out he added the libel clause to the Cybercrime Law, since the people getting on his nerves were mostly online, then… okay, I’m tired now. Let’s just say he got away with it, because somehow, instead of the 11 women who die in childbirth in the Philippines every day, it’s the well-off, powerful, TV actor-turned senator who is apparently the “victim” in this picture.
Posted by Kel Fabie at 18.10.13