Allow me to do something that borders on self-aggrandizement. It's fine, really. It's a story worth telling.

Earlier this week, I bought a few things for my consoles: an XBox 360 Controller, a PS3 Controller, a PSN Card, and even the Playstation All-Stars Battle Royale game. It was pretty cool, really: I pretty much always buy my original stuff from Datablitz, as they've been nothing but awesome people.

I mean, what did you expect me to do, something unbelievably stupid like support, say, an unscrupulous, money-grubbing company that doesn't understand the concept of a free market and fair competition practices? 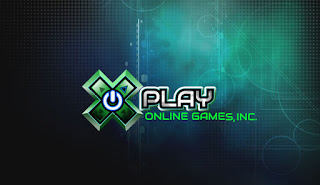 Well, anyways. That being said, I made my purchase, and I was charged about 5,000 bucks or so for the whole mess. I paid up, then left, all the while with a nagging feeling that given my purchase, all of that for under 6,000 seemed a little, I don't know... cheap.

So when I got home, I checked my receipt, and noticed that Playstation All-Stars Battle Royale, a 2,000-peso game, was nowhere to be found. Yep, Datablitz undercharged me a whole 2,000 bucks.

I won't pretend I'm a saint and tell you that I immediately went and did the right thing. Hades, I didn't even come back to Datablitz until the next day and not before asking some of my friends for second opinions whether or not I should go back to pay them or return the merchandise. I mean, they gave me a receipt, I paid them, Datablitz will profit from the money I "saved" since I will come back and buy more stuff from them anyways, and nobody gets hurt, right?

Well, wrong. I immediately realized that when they do an inventory check, whoever was in charge of the store at the time I made my purchase would end up paying for that 2,000 out of his or her own pocket, and knowing I was still gonna go back to that store many more times in the future, that idea didn't sit well with me, since they were bound to trace the whole mishap back to me, what with the receipts and all. And sure, I could play dumb and say I didn't know, but I'd be lying if I said that. I knew it, and it didn't sit well with me to just take the game and run.

So I went back the next day, explained the situation, and paid for the game. The lady who actually manned the store when I made the purchase thanked me, but no big deal was made about it.

As it should be, actually.

See, I shared this story not to tell you I'm the paragon of virtue. I honestly had a genuine struggle during the whole morning the following day, thinking maybe I shouldn't pay for the game anymore, as it's their fault for neglecting to get it right, anyways. But then, if I wanted to screw people out of their much-deserved funding, I think I would've just stuck to pirating games (I also have an XBOX 360 aside from a PS3, and you will notice I never mention buying games for that console...) instead of technically shoplifting from one of the few stores in this country who actually make it easy and feasible to buy original games.

And the thing is, the fact that no big deal was made about what I did was, for me, something I hoped for. I didn't want a parade in my honor. Maybe the store manager, had he or she been there, could have offered the game to me for free as a sign of good will, and I'd have been cool with that, but see, I'm not entitled to that. I think that people in general have gotten so used to dishonesty and general meanness that when people actually do the right thing for once, it becomes so praiseworthy that the act almost seems less worthwhile in and by itself as opposed to the acclaim and adulation that comes with doing what is right.

I've been Kantian for years, and the notion of doing the right thing as a means to an end never really jived well with me. I'd rather live in a world where people returning lost items or not taking what isn't rightfully theirs is the norm rather than something that makes the news on TV Patrol. And that's why I share this story with you: not because I believe that I deserve any praise, but I believe that this is a very normal thing that I did, and I hope you agree with me that it isn't a freak of nature to be doing the right thing.

Praise me for an achievement if I have accomplished one. I will accept it graciously and perhaps even with pride. But please, don't applaud me for doing the right thing, because that's exactly what I was supposed to do, in the first place. I share this story in the hopes that I find like-minded people who will actually tell me that what I did was nothing special, but something I should have done anyways, and believe me: knowing I'm not alone in that regard would be more than enough reward for me, because that, more than praise or affirmation, is definitely what I'm looking for.

It also doesn't hurt that I ended up getting this from Datablitz later on in the week: 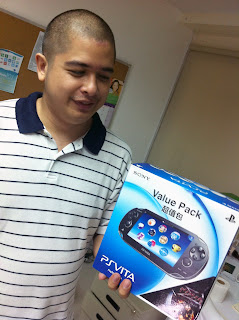 Terrible haircut not included in purchase.

Due to credit card issues, it took a full two days before I managed to make the purchase. Can you imagine what they could have done to me if I bought that and they found out along the way that I screwed them out of a game? I don't think I have any desire to find out what employees can possibly do to you if they don't have your food to spit in the way waiters do when you deal with them again after being a douche to them.