.:... And Yet The Entitlement Complexes Never Went Away:.

I slowly eased myself out of attending blogger events ever since I worked for Nuffnang four years ago. At some point, being at blogger events was more work than anything else, and it no longer became a prominent part of my life. Nothing wrong with blogger events at all, mind you. I just lost interest in attending every single one that invited me at some point.

Of course, I remained friends with a lot of bloggers. It's not like I stopped being one, myself, or decided to isolate myself from the rest of them. But in doing so, it provided me with the opportunity to really choose who I would spend time with, rather than to waste my time being surrounded by vexations to my soul.

I feel rather jaded about the blogging scene lately, to be honest. Most of the award-giving bodies have successfully turned blogging into a celebrity-dominated sphere, where nobody bothers with the opinion of anyone who isn't a power blogger, whatever the Hades that means.

The thing is, blogging on its own has been nearly as irrelevant as it has been before it even existed. In the age of 140 characters or less, someone sitting down to read a full-length blog entry where some self-proclaimed social media (idiot) savant shouts about his relevance from the highest mountaintops, yet nobody is listening. Have you noticed who gets nominated for blogging and social media awards lately? I'll give you a hint: nearly all of them are celebrities, and they will drown you out, regardless what your message is.

With how much I've been writing for the 8List ever since last year, the frequency of my blogging has obviously taken a hit. I'm not the same blogger I once was, and haven't been particularly waving the banner of blogging that much in the last year or two. As such, what really does get to me is how more than a few of these remaining loud voices in the blogosphere take it upon themselves to represent everyone else, saying they do the sh*t that they do for the "honor" of bloggers. Who died and made them our savior, really?

Look. I'm not being a hipster about this blogging thing. You wanna SEO your way to riches? Go ahead. You want to receive tokens and gift certificates all the time so you never have to do your groceries ever again? Be my guest. But I am not you, and when you keep saying you are fighting for people like me, it annoys the f*ck out of me. I don't know you, I don't give a damn what you think you're entitled to, so leave me out of your drama. 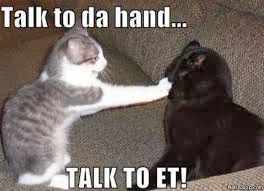 I'd be looking at the back of my skull if my eyes rolled any further.

I've been keeping what is functionally an online diary for eleven years already. I like to write. I like to get on my soapbox and talk about things, with varying degrees of success. I like being snarky, and even getting into flame wars or trollbaiting people sometimes. But what tires me out is when that's all I ever encounter, when some bloggers who think they're hot stuff use their so-called influence to leverage threats against people, and then claim they are being bullied when the inevitable backlash flies in their face.

I don't need someone telling me how to be ethical when they keep jumping from endorsing one skin whitening brand to another at the drop of a hat, yet still looking every bit the same.

I don't need someone telling me how much this restaurant sucks because it can't give anything beyond free food for bloggers to try and write about, when any self-respecting food critic would actually want to do this incognito.

I don't need someone telling me to get outraged at the latest issue you deem worth "curating." You have yet to meet an ambulance you didn't want to chase.

I especially don't need someone telling me how to be ahead of the social media curve when they don't even have five hundred followers to their name while they proclaim themselves a "guru."

It's all self-aggrandizement, really. People who are all bark and no bite, yet think that crying "wolf" the way they do about their vaunted influence would somehow make the world be at their beck and call. It doesn't work that way.

Your blog doesn't make you special. Your traffic doesn't increase your bust size, nor does your ad clicks increase your sperm count. If you think for one moment that your status on the internet entitles you to anything more than any other human being should reasonably expect, then maybe you need some WD-40 to get your head out of your own ass. It's way too far in already. 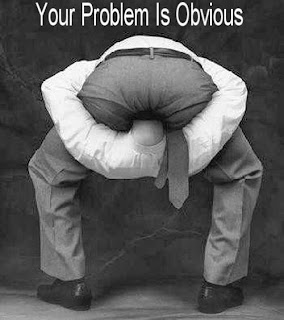 I don't represent anyone when I say this, mind you. Maybe some people agree with me when I say this, maybe some don't. But most won't even bother reading this. I don't care. I just want it to be stated for the record, that for the most part, I'm jaded with where the blogosphere has ended up after all these years. When celebrity culture permeated blogging, I never thought that most everyone would ignore virtually all the good stuff that comes with it and instead only pick up the relentless narcissism, the unmitigated self-importance, and the overblown sense of entitlement.

Being a blogger does not make you special, or entitle you to anything out of the ordinary. Being a blogger does not make you smarter or more amazing than anyone else. It's the person behind the blog that makes something special, not the blog in and by itself. And if you squander that strength of personality over some petty vendetta or some stupid score you have to settle, do you genuinely think it's worth it?

Amen. Anyone who can read, type, and open a free account with a computer can be a blogger so it's really NO BIG FRICKIN' DEAL.

LOL. I agree with every word. Dunno, I prefer to be called an educator/research scientist who blogs. Or if I should put "blogging" among the things I do, it's always near the end.

Probably not a very popular opinion on the blogosphere, but unfortunately too true. I've seen this first hand. hahahah

You took the words right out of my mouth... (err.. not really since I am not as eloquent). Sad but this the true state of blogging here in the Philippines.